Health Cost IQ has just been recognized as a 2022 Best Tech Startup by The Tech Tribune.

Jude Odu and his team are using proprietary smart algorithms to shine a light on massive inefficiencies and wasteful spending within the employer healthcare system. They’ve already saved several employers millions of dollars to date, and they’re just getting started.

In any big enterprise, there’s bound to be inefficiencies and waste. Nowhere is this more painfully evident than in healthcare. According to studies published by the Journal of American Medical Association (JAMA) and others, it’s estimated that 25% to 30% of all healthcare spending in the US can be categorized as “wasteful spending.” In the private sector, specifically within employer health plans, it’s even worse. According to Health Cost IQ’s analysis of health plan spending of more than 1500 employers, more than half of the money spent on healthcare by private employers could be categorized as wasteful or inefficient.

OK, so the devil is in the details. What is wasteful healthcare spending? It includes things like spending money on expensive brand-name drugs when identical, less expensive generic options are available. It could be unintentionally paying providers more than they actually billed for. It could be picking up medical claims that should have been billed to auto insurance companies in the event of a car crash. And it covers outright fraud and abuse, such as when providers send in the same bill for payment multiple times. And the list goes on.

Private employers, who foot the bill for most healthcare services in the United States, aren’t set up to identify and trim such waste and inefficiency in their healthcare spending. It’s just too complex. So then the insurer should catch it, right? Not so fast. Many insurers operate under Administrative Services Only, or ASO, agreements. Under an ASO contract, the insurer is hired to simply pay the claims as they come in. No questions asked. So the employer might know that something’s not right with their spending, but they don’t have the tools to see what exactly is going wrong. The insurers themselves simply don’t have an incentive to investigate because it would just raise their admin costs. Besides, the funds are coming out of someone else’s bank account, not theirs, so why bother?

This runaway wasteful spending leads to skyrocketing costs for employers and ever-increasing insurance premiums and patients are left holding the bag. What if a health technology company could shine a bright light on wasteful and inefficient health spending and help insurers lower premiums and improve care? What if technology exists today to provide a more accurate and actionable risk profile of not just an employer’s entire population but also its population subgroups, down to individual members? That’s precisely what Jude Odu and his team at Health Cost IQ have brought to market.

Jude Odu has been in healthcare IT for more than two decades. While working at United Healthcare about 19 years ago he got an inside look at how healthcare payments work from the insurer side, and then while working at University Hospitals in Cleveland, he learned how the system works on the provider side. After stints in various impactful healthcare software development projects, he had acquired a well-rounded view of the problem and decided to look for a solution.

“I like to say that I’ve run the gamut and I’ve seen it all in health data,” says Odu.

But it was when Odu was working on his PhD dissertation at Cleveland State University that his work really came into focus. He was researching Medicare reimbursement rates and their correlation with hospital outcomes of care as a way to predict hospital quality of care and potential wasteful spending. His first revelation was the sheer amount of waste being tolerated within Medicare reimbursement. He was also struck by the lack of transparency in payment methodology and rampant inconsistency in Medicare payments to hospitals and individual providers.

As part of his doctoral research using vast amounts of Medicare administrative data, Odu developed his own data methodologies that eventually became algorithms. He quickly realized what he had could be molded into a powerful tool that will make a huge difference within the private sector where inefficiencies and wasteful spending were even more rampant. He set his PhD dissertation on hold to launch Health Cost IQ and went to work developing proprietary methodologies and algorithms to shed light on wasteful healthcare spending.

Odu’s first step was to surround himself with healthcare industry veterans. His co-founder is a surgeon with 40 years of medical and surgical experience and the rest of his core team has anywhere from 15 to 20 years of direct experience in healthcare IT and health insurance. One of his team members used to run their own health insurance company.

“These are people who have seen it all, just like me. Our collective experience is reflected in the quality of the product we have built.”

The Health Cost IQ (or HCQ) SaaS platform, which has been live for three years, can be broken down into two main parts. The first part is the risk modeling piece. This is where they profile every member of an employer’s population across multiple risk attributes and then produce and assign a risk score and risk category to every member of that population, enabling employers to intervene quicker and more accurately where the most help is needed.

Odu likes to share the story of one client who got a particular savings boost from their risk profile computed on the HCQ platform. It was a consortium of about 110 public school districts and they had grown used to paying a very high rate for their catastrophic insurance coverage. For years, they’d seen an automatic 20–25% increase in this premium every single year. They never questioned the increase because they didn’t know how. The first year that the client used Health Cost IQ’s risk modeling tool, says Odu, they learned that their risk profile was remaining flat year over year. They printed out the report from the HCQ platform, took it to the insurer, and challenged that they were being put into an unnecessarily high (and extraordinarily expensive) risk category.

“That one report saved them $750,000 their first year with us,” says Odu. “The second year they did the same thing and saved $650,000. When this client saw us at a regional conference, they came running up to us and screaming that they couldn’t believe that one single report could help them save so much!”

The second part of the platform, known as Opportunity Discovery, is entirely driven by more than 110 (and counting) distinct algorithms that are constantly churning through employer health plan data fed into the system by payer, insurer, and pharmacy systems and uncovering every manner of inefficiencies and wasteful spending that even the employers themselves are not aware exist within their networks. The algorithms uncover issues such as claims overpayment, duplicate payment, waste, fraud, abuse, and more. The resulting insights and savings opportunities are quantified in precise dollar amounts and specific recommendations are given to the employer via secure, interactive dashboards.

“What our reports say is: if you do this, this is how much you’ll save next year,” says Odu. “It’s very precise. What we’re doing is putting data validation and payment accuracy on autopilot.”

What makes Health Cost IQ’s SaaS platform unique are the proprietary algorithms layered in behind the scenes, helping employers get much deeper insights out of their population profile than is possible with any other competing product. Their platform is also differentiated in that it’s the only enterprise SaaS solution of its kind that can be deployed into both the payer and provider spaces with absolutely no code modification required. The platform integrates data from wearable devices such as Fitbits, as well as data from labs such as LabCorp, wellness companies such as Livongo, various HRA companies, dental, vision, life data, and more.

To further cement the superiority of its SaaS platform, the HCQ team spent considerable time and resources to automate its backend client implementation technology. This home-grown client onboarding technology automates the onboarding of new clients onto the HCQ platform as well as automates the generation of client dashboards and analytic content, thereby reducing the onboarding timeline for new clients from four to six weeks to less than one week. Planned enhancements to this proprietary technology would reduce total new client onboarding time to one to two days from receipt of data, putting the company in an extraordinarily strong position to exponentially grow its client base without any technological restrictions. The platform has achieved HIPAA compliance and is SOC 2 certified by reputable third-party auditors.

Health Cost IQ works with larger employers, focusing on those with 1000 or more employees, and their SaaS solution works particularly well with consortiums of employers such as Professional Employer Organizations (PEOs), public school consortiums, and similar organizations. They’ve gone all-in on the private employer market, saving government-run programs such as Medicare and Medicaid for another day.

“Most Americans get their healthcare from their employers,” says Odu. “That’s where the most money is being spent, so that’s where there’s the most waste, and consequently the most opportunity for savings. This is a sector underserved with software technology and services. No one is helping these employers stem their runaway spending. We now have the tool and are ready to help.”

Why We’re Proud to Invest

The best health innovations just make sense. When faced with the reality that half of healthcare spending within employer health plans is wasteful or inefficient, rational people cry out for transparency and accountability. That is exactly what Jude Odu saw, and what he was uniquely qualified to build. He not only had the vantage point to observe wasteful spending up close, but he had the passion and skills to say, “if not me, then who will fix the problem?”

We’re incredibly bullish on Health Cost IQ because there’s just so much to gain, and so much low hanging fruit. Every little overpayment and inefficiency that’s avoided is money back in the pockets of employers, which can then translate into lower premiums for workers. They’ve already identified and saved their employer clients millions of dollars, and they haven’t spent a single dollar on marketing yet.

We’re also excited to see that Odu and his team are putting healthy pressure on the insurance industry. They’re causing a little friction, no doubt, but in the kind of way that makes everyone stronger. By bringing a flashlight and shining it into areas of neglect and waste, Health Cost IQ can ultimately make all insurers better. Insurers might balk at first — no one likes being told they’re wasting money — but everyone knows that transparency, accuracy and accountability are good for patients, and good for the entire health system.

“At the end of the day, insurers recognize that everything we do is in the interest of their employer clients and ultimately, the patient,” says Odu.

Jude Odu and his team at Health Cost IQ are an inspiring new addition to the Cost to Zero Health Moonshot and we’re excited to see what they build next. 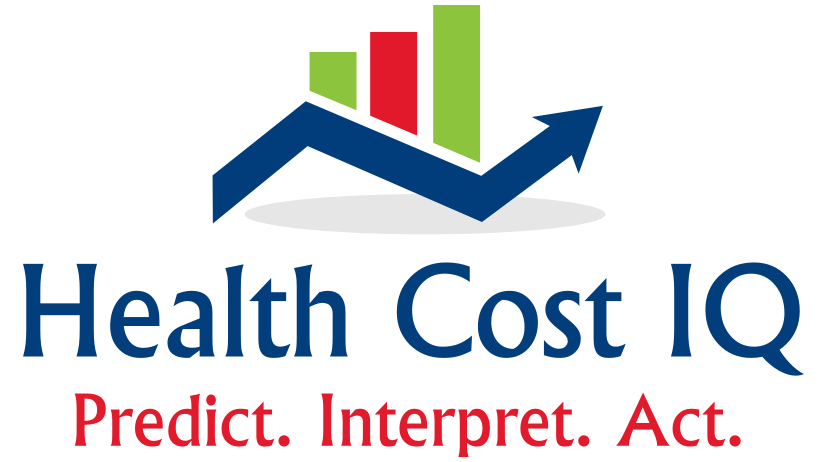 Data Security and Confidentiality StatementWe are SOC 2 certified and HIPAA compliant. Our third-party SOC 2 Type II certification and HIPAA compliance demonstrate our commitment to utmost security, privacy and confidentiality of client data. Our clients can maintain peace of mind with regard to the security of their data as they focus on improving lives and reducing costs.